From my rabbi! This was SO inspirational! 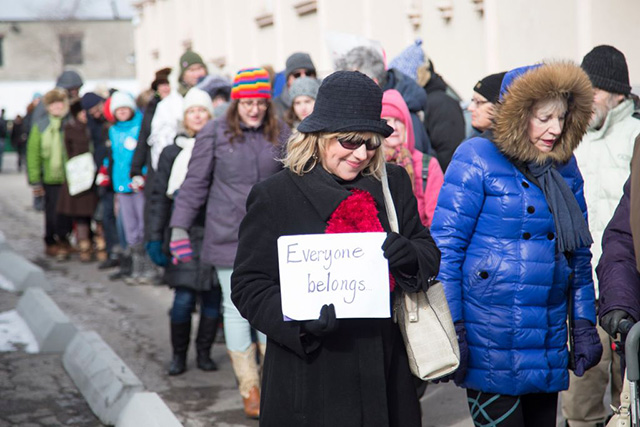 Members of Holy Blossom Temple, a Toronto synagogue, form a protective circle around the Imdadul mosque on February 3, 2017, following an Islamophobic shooting at a mosque in Quebec City.  (Photo: Bernard Weil / Toronto Star via Getty Images)

When Temple Beth Israel — a large Reform synagogue in downtown Charlottesville, Virginia — opened for Shabbat morning services on August 12, 2017, its congregants had ample reason to be terrified. Prior to the “Unite the Right” rally held in town by white supremacists and neo-Nazis that weekend, some neo-Nazi websites had posted calls to burn down their synagogue.The members of Beth Israel decided to go ahead with services, but they removed their Torah scrolls just to be safe.

When services began, they noticed three men dressed in fatigues and armed with semi-automatic rifles standing across the street from their synagogue. Throughout the morning, growing numbers of neo-Nazis…