Standard
Marcia was my cousin. She was the eldest of all the Thompson cousins. Her death brings my family to a new era of our lives together. I wrote the letter below to the family and friends who gathered on March 30th, 2013 to say goodbye to Marcia and to support one another.  She died on Palm Sunday, March 24th, 2013.  I learned about it at a retreat, and in the blessing time at the end of the retreat I stood up and said something about Marcia: her righteous life, exuberant personality, incredible marketing skills, and powerful testimony.  They honored my sharing by repeating her name back to me together, out loud. It was a very loving moment in this universal spiral of life, death, and rebirth/resurrection.
“I am moved by what many members of the family shared through email and on Facebook.  I regret that I cannot be with the family in person on Saturday.  Here in California, I fasted with others from solid food on the 27th. I will be in prayer beginning at 8am, matching the corresponding time on the East Coast of the wake and homegoing service.
Marcia was the best storyteller I know.  She had the biggest personality of anyone I ever met too. She aimed to do everything at an unparalleled level of excellence, with creativity and boldness.  Simultaneous attention to detail and the big picture characterized her work. She was both no nonsense and hilarious at the same time. I am blessed to be her cousin.  I have tried, and will continue to endeavor to, emulate her characteristics of grace, light-heartedness, wit, and generosity.

Tonight, Friday, I expressed my grief during a contemplative “stations of the cross.” As part of the congregation here I followed the footsteps of Christ through his torturous last days and moments.  It is fitting Marcia’s funeral is on this Saturday. Holy Saturday for Christians is a day of waiting, mourning, resting, comforting one another, sharing our confusion and sense of despair.  After his death, Jesus’ disciples did not know what was happening. They did not know there would be a resurrection.  In our loss, in our Holy Saturday with Marcia and each other, we have only one thing Jesus’ disciples did not have. We know there will be an Easter! We know that death, pain, and violence do not have the final words! We can have faith in the power that raised Jesus from the dead is alive and active in us and in the world. Marcia is one with that power now.  Her spirit encourages, uplifts, and corrects us.

Not only will Christmas at the Home Place in North Carolina not be be same without Marcia’s physical presence, but now Passion Week and Easter gain an added layer of meaning for my life.

In closing, as I cannot be there for the ceremony, I want to show my love by helping fulfill the desire of Marcia for her ashes to travel the world. I will gladly and reverently take some with me in my upcoming travels. God willing I will be in Canada and China in April, the Holy Land in July, and in Spain in August.  Marcia’s essence will accompany me. 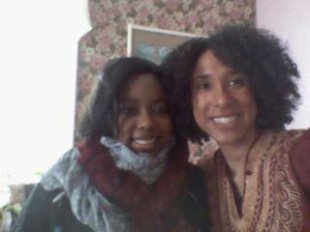 I love you all very much, family.”